Why Smart Cities need to start getting smart about Water

The impacts of climate change have already begun to cause damage to our planet. The Earth’s landscape has drastically transformed over the last century, and the natural world is under threat from rising sea levels, extreme weather events, and rapid urbanization. Our cities are growing, and their populations are swelling along with them.

Currently, 55% of the world’s population lives in cities. According to statistics from the United Nations, conservative estimates predict that percentage to rise to 70% by 2050. Growing urban populations present their fair share of problems for city governments, but when combined with the effects of the climate crisis, the whole situation becomes deadlier and even harder to manage.

As cities struggle to cope with the population boom and the problems that go along with them, such as mitigating the effects of the Urban Heat Island effect, rising air pollution, preventing the rapid transmission of diseases, and providing necessary public services such as governance, transportation, sanitation, and healthcare, they will also have to manage resources that were once taken for granted. Access to water is the most pressing concern.

Thanks to record high temperatures and extreme weather events, along with the overarching damage caused by the climate crisis, water is becoming scarce. In fact, studies have shown that large swathes of the globe are facing drought, and worse still, up to 1.2 billion people across the planet already live in areas with water scarcity.

As more people move to cities, water will quickly become a precious commodity if protective action hasn’t been taken. But before we can protect our urban areas from water shortages, we need to understand exactly what drought is.

It’s easy to think of drought as a natural state that occurs after a long period of dry weather, causing water shortages, crop damage, and facilitating forest fires. Drought can be caused by prolonged dry conditions, but that is just one of many potential causes. Overuse, overreliance, and mismanagement are also other primary causes of drought. Because of these factors, it’s possible that drought can occur anywhere, in all climates, and under any circumstances. 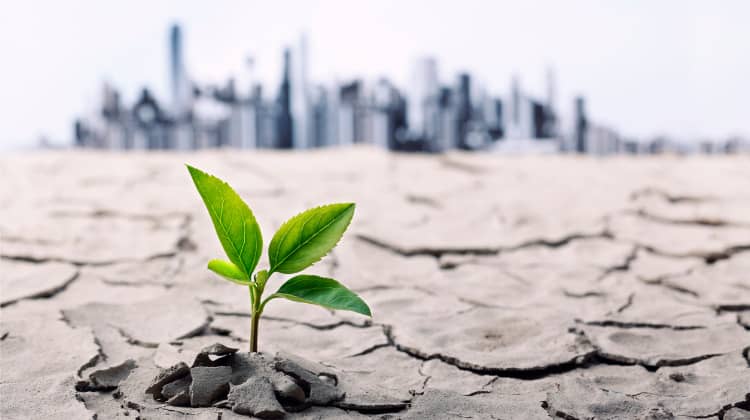 It can happen anywhere and cause immense damage. In fact, in the United States, droughts are the second most damaging weather-related phenomena to the US economy, beaten only by hurricanes. Hurricanes are easy to define, but droughts aren’t. With over 150 different definitions of drought, it’s a harder threat to identify. Fortunately, modern science has classified drought into four separate categories:

Agricultural drought concerns the water required for feeding crops. It can be caused by a number of factors including weather events, reduced groundwater and reservoir levels, or water mismanagement. A lack of water can damage a plant at various stages through its life and may substantially affect the yield of a crop, causing food shortages and economic shortcomings.

Socioeconomic drought is a broad term that covers droughts that relate to supply and demand. This kind of drought occurs when demand exceeds supply. This can include anything from citizens not having access to water for their daily needs, or to situations where hydroelectric dams are unable to produce energy due to low water levels.

As you can see, there are many different types of drought, but all of these drought types can lead to devastating water shortages in our cities. And a lack of water can have terrible consequences for urban areas.

The Impact of Drought on Urban Municipalities

According to research from the Centers for Disease Control and Prevention (CDC), drought and water shortages can have a huge impact on urban public health. These impacts can manifest in a number of ways.

Water shortages can cause numerous health-related problems. Air pollution becomes worse, as dry soil, wildfires, and dust storms cause the number of airborne particulates to increase. Diseases can be transmitted faster and further as spores from the ground become airborne. Similarly, in times of drought, citizens forgo necessary handwashing routines to conserve water, increasing the spread of infectious diseases.

Worse still, bodies of water that once enjoyed a strong flow are reduced to stagnant puddles, which are the perfect breeding ground for mosquitoes, and mosquito-borne diseases.

Urban sanitation isn’t the hot climate change topic that it should be. It’s a vulnerable public service that can easily be thrown off balance by both a shortage and an overabundance of water. In times of flooding, vital infrastructure can be overwhelmed, spilling raw sewage over city streets. In times of drought, citizens and governments alike can lack the water required to properly dispose of, treat, and transport waste.

Poor sanitation can lead to a spike in health problems and result in poor living conditions. That’s why it’s essential for city governments to focus on developing climate-resilient sanitation services. In the case of water shortages, some Namibian cities have been recycling sewage into drinking water for over fifty years.

Water shortages can also lead to significant increases in energy costs. Generating electricity requires a lot of water. Thermal power stations need an enormous amount of water to function, and during times of water shortages, power stations have to drastically reduce their power outputs to cope. With less energy being produced, prices begin to rise, leaving citizens and governments paying more for their electricity. Higher living costs can lead to a number of problems, from financial worries to poor mental health.

Worse still, when water shortages occur, renewable hydroelectric power isn’t able to contribute to the grid. This hydro-power deficit has been linked with harmful spikes in the emission of greenhouse gases, as conventional non-renewable power plants work harder to take up the slack.

Barcelona is a city that has made excellent water security progress. In 2008, the city’s reservoirs became so low that the government had no choice but to import drinking water from France. The situation occurred during Spain’s driest year on record, with Catalonia being the worst-hit region. Since then, the city has worked hard to improve climate resilience and to future-proof the city.

A 2008 survey of Barcelona’s water system noted that one part of the system was losing as much as 800,000 liters of water every day. This kind of loss is unacceptable in a modern city. To help right the wrongs of the city’s water management, Barcelona has reevaluated how its water is used.

These measures include using IoT sensors and services to monitor how much water is being used to facilitate public services. This technology has been able to reduce the amount of water used on public land, making huge water savings. By adopting an IoT-managed system, the city was been able to save more than €75 million in 2014 alone.

To help solve the water crisis, the government has also encouraged citizens to participate in the city’s water conservation program. A city-wide drought protocol has been drafted to help the city manage water shortages more effectively, with detailed water-saving actions that can be applied during different scenarios.

How Can Cities Effectively Manage Water to Beat Drought?

Barcelona is just one of many cities working hard to improve its water security. Chennai, London, Beijing, Melbourne, Sao Paulo, and many other cities are already facing severe water shortages - shortages that will get far worse in the future unless proper action is taken. Here are some examples of the measures that cities are putting into place to protect their water. Especially the Internet of Things (IoT) is enabling the smarter use of water in many urban settings.

Leaking pipework and other infrastructure creates huge water losses. In the US alone, an estimated 2.1 trillion gallons of clean water is lost every year due to leaking infrastructure. Replacing every section of pipe in a city isn’t a practical solution. However, there are other ways to solve this problem.

Smart Water is another IoT-enabled solution that controls water treatment facilities. It gives users access to water data such as pH, conductivity, and most importantly, the water’s pressure. By reducing water pressure in certain leak-prone areas, leaks can become a thing of the past.

Water-smart farming may appear to be a pressing concern for cities. However, if a city’s surrounding farmlands are able to use water more efficiently, it will free up supplies for urban residents. Currently, agricultural irrigation demands a huge amount of water, but farmers are working hard to use modern technology to use less water and produce more food.

One tool helping them do this is HydroPoint’s WeatherTRAK irrigation system. It’s a smart irrigation management tool that’s being deployed to help decrease water waste. Solutions to problems outside of the city limits can reap rewards for urban dwellers too.

Smarter approaches to water management are key to improving the water-energy nexus. All water utilities could be made more efficient, from the gathering, storing, and recycling of rainwater, to the upkeep and maintenance of waterways and treatment plants.

SCUBIC is an IoT smart energy management solution that uses data to improve the functionality of water utilities. By deploying sensors and gathering data, pumping schedules can be streamlined, to reduce costs and improve water security.

The Smart City Water System is another interesting way to help manage water better. Rather than focusing on improving efficiency, it uses a network of sensors to monitor urban sewer systems. Naturally, it can find efficient solutions, but it also pays attention to illegal discharges or unusual contaminants. This can help authorities find and prosecute industries or private individuals who are harming the water supply.

Like with Barcelona, adopting a city-wide citizen-centric protocol to help prevent water shortages from happening can work wonders. Asking the public and businesses to reduce their water usage during times of drought, and to be mindful of it at all other times, can help reduce the risk of water shortages.

Luckily, the advent of IoT technology has allowed access to smart meters and real-time monitoring systems. This can allow citizens to keep a close eye on their own usage, and limit it accordingly. Similarly, modern homes are now being built with smart technology built into them, with all-inclusive water, electricity, and heating monitoring tools that can help citizens save resources and money at the same time.

These are just some of the many ways that cities are working towards long-term water security.

In Conclusion: Getting Smart About Water

The availability of water is an essential part of sustainable urban development. Access to water improves the liveability of a city, making it a healthier, greener, and safer place. As studies have shown that roughly 1 in 4 cities are already water-stressed, the time to start preparing for the future is now.

Climate adaptation doesn’t have to include large-scale overhauls of existing infrastructure. With the correct deployment of smart tools and intelligent systems, the transition to modern methods of urban water management can be relatively hassle-free. It will also help to inspire new business and innovation opportunities that combine new technologies, advanced civil engineering methods, and natural solutions. Together, businesses, governments, and citizens can come together to make their cities water-secure, and futureproof them for whatever tomorrow brings. 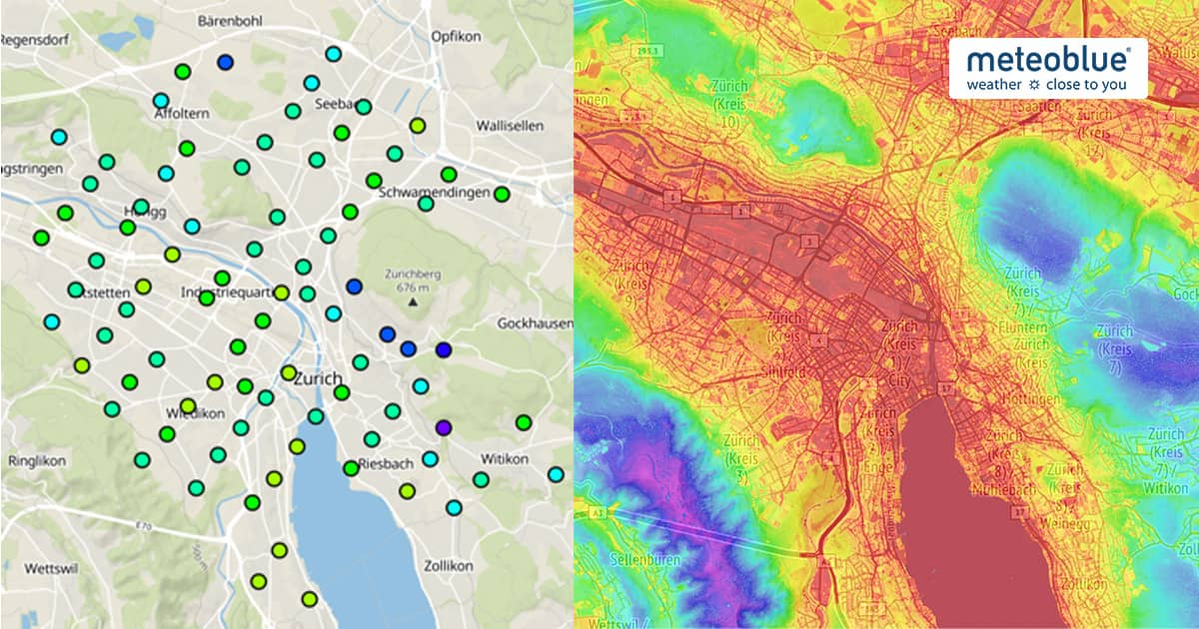 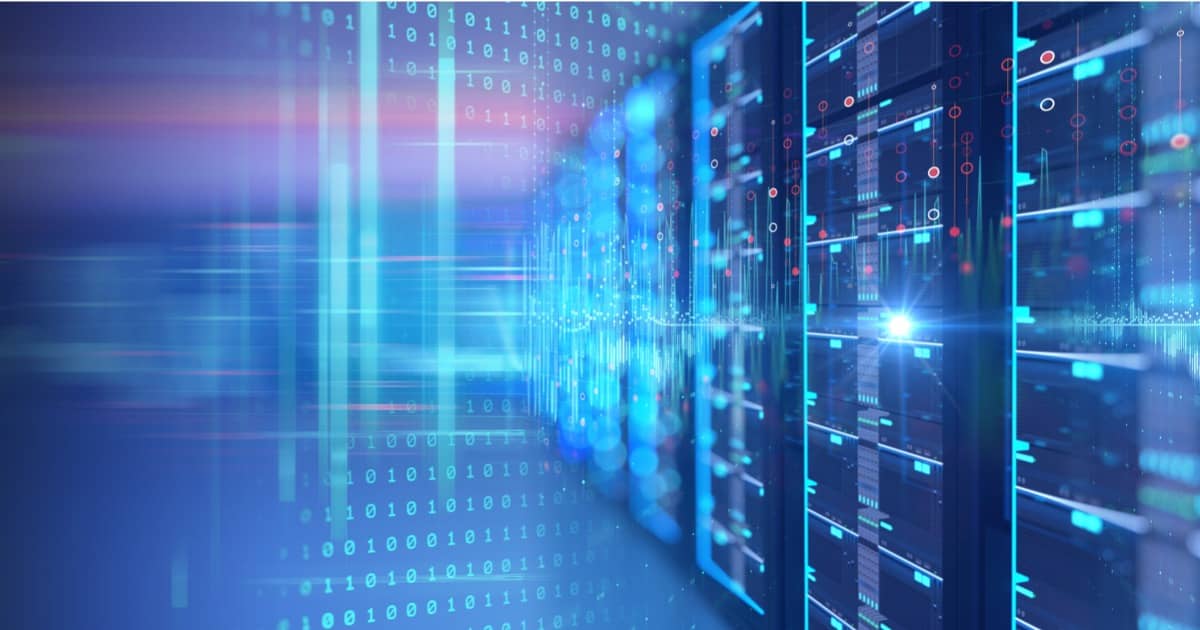