Climate change is a very clear and present danger. Though the term usually conjures up images of melting ice sheets and dying forests, our cities are also particularly vulnerable to it too.

Currently, 50% of the world’s population lives in cities. That percentage is expected to rise to 70% by 2050. Cities are already struggling to mitigate the problems caused by increased population density, and these problems are expected to intensify as other variables such as climate change and extreme weather take hold. To prepare for the future, cities must improve their climate change resilience in order to improve the quality of life of its citizens.

With the threat of unmanaged overpopulation, extreme vulnerability to the effects of climate variables, and economic factors, cities would appear to be especially susceptible to the planet’s uncertain future. However, cities may be the battleground where mankind turns the tide against climate change.

Cities face a number of difficult problems that range from water shortages, pollution, and flooding to congestion, heat stress, and waste disposal, but they also provide a unique opportunity to drastically reduce carbon emissions and champion practical sustainability.

Historically, cities have been designed with efficiency in mind: they’re built on trade routes or watercourses for the easy transportation of people and goods, they serve as economic centers that drive trade, and most importantly, they’re meeting places for the sharing and development of ideas. Using cities as innovation testbeds, it’s possible for urban areas to develop into greener, more sustainable, more economically-viable, climate-resilient cities.

By addressing some of the challenges that modern cities face, the cities of tomorrow can become a key part of the response to climate change. 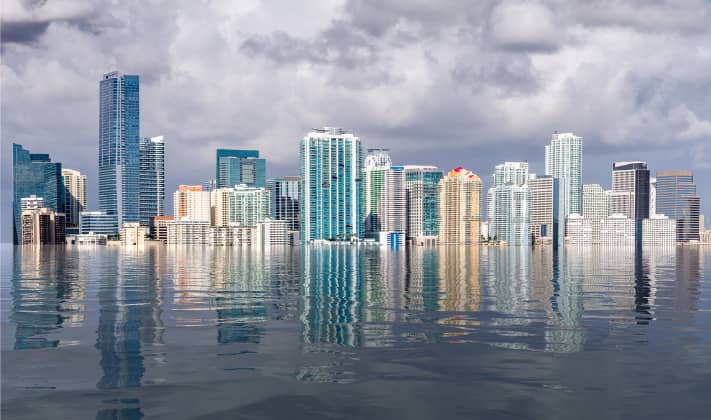 Cities flourish because of their economic power, proximity to resources, and approach to innovation. These features attract mass congregations of people which make cities vulnerable to pollution, congestion, and waste, which in turn leaves cities particularly exposed to extreme climate risks. Pollution can exacerbate heat stress, congestion can lower air quality, and water shortages can damage food security. Let’s take a closer look at some of the key challenges that cities are facing due to climate change.

Cities are getting hotter. That’s a fact. Due to the way that cities are designed, and because of their density, cities are particularly vulnerable to the rising temperatures caused by climate change. Urban structures absorb heat from the sun more effectively than rural landscapes. These buildings and roads then radiate heat for longer, raising local urban temperatures. This creates what is known as an “urban heat island.”

These urban heat islands affect air quality and the health of the population and cause energy use to skyrocket. As urban environments get hotter, the demand for air-condition units increases. To create cooler air indoors, air-conditioning units release heat back into the outdoors, creating a self-perpetuating and damaging urban heat island.

Aside from the environmental impact, cooling technology demands a great deal of energy. This can drive up prices, negatively affecting economies and businesses.

According to reports from the WRI, almost a quarter of the world’s population is already facing extreme water shortages. As climate change continues to deliver erratic weather, and with populations expected to rise sharply over the next 30 years, water will become scarcer. Many cities are already struggling to deal with the supply and demand for water, and as droughts become more commonplace in the future, something needs to be done.

While the risk of a water shortage is always a danger, depending on a city’s geographical location, low reservoir levels may not trigger a crisis situation. A city built in a dry region that’s prone to drought will have a tougher future than those in other areas. However, with rising populations and rapid urbanization, even cities that seem secure may develop water-vulnerability in the future unless proper steps are taken to respond to climate change.

The solutions to water stress in urban environments include updating water infrastructure, taking further steps to harvest and recycle rainwater and wastewater, and focus on good governance.

Water shortages are just one symptom of extreme weather. Flooding and rising sea levels are other clear and present dangers that threaten cities. The impact of climate change and global warming on coastal cities is already noticeable and will get worse in the future as sea levels rise.

There are many cities that are still at risk of flooding even if they’re far from the coast. Changes in weather patterns have left some cities unable to deal with the deluge of rainwater left in the wake of unexpected storms. Urban flooding can easily occur when water overwhelms under-prepared stormwater drainage infrastructure. Due to the large volume of impervious surfaces in cities—such as roads, parking lots, and building footprints—sewers and drains cannot handle the high volume of water caused by unexpected rainfall.

Climate change can cause floods, drought, rising sea levels, extreme storms, and rising temperatures, but it can also lead to starvation, conflict, and the spread of disease. These problems will drastically affect city services and infrastructure in the future unless cities start preparing themselves today.

Fortunately, it’s not too late to act. And fighting climate change doesn’t have to be a costly endeavor. In fact, there are plenty of opportunities that cities can pursue that can be beneficial to everyone, socially, environmentally, and economically.

Investing in all-new infrastructure or climate-friendly building materials may seem like an unwelcome expense that could put a potential smart city into the red, but that’s not the case. According to studies by the Global Commission on the Economy and Climate, investing in climate resilience could bring profitable returns and protect cities from generating expenses losses. For example, bold climate change plans could boost the global economy by as much as US$26 trillion by 2030. Similarly, ignoring the global climate situation could deliver devastating losses to the business world by as much as US$24 trillion.

Creating future-proof infrastructure is a key ingredient to the global smart city project, and according to the Global Commission on the Economy and Climate, cities that focused on connected and coordinated infrastructure and climate-focused governments enjoy “higher productivity, greater social inclusion, and more resilient economies.” Other benefits include cleaner air, quieter environments, and safer streets, with lower greenhouse gas emissions. Further proof that climate action and economic growth can evolve together.

Surrounded by water, Singapore is under threat from the risks of rising sea levels. Though it’s small in size, the city-state is an economic powerhouse that thrives on private sector investment. Unfortunately, space is at a premium, and even more so with the threat of rising sea levels. To maintain sustainable population and economic growth, the government installed strict building regulations to protect homes and businesses. In 1991, the government declared a minimum level or 1,5 meters for reclaimed land. In 2012, the city increased that standard to 2.25 meters in anticipation of rising sea levels.

By consistently re-evaluating and improving building standards and regulations, the city is able to protect its citizens and investors from the negative impacts of climate change, boosting long-term urban resilience.

Sao Paulo is the largest city in the southern hemisphere, and it’s particularly vulnerable to the effects of climate change. With such a large population, the city already has problems with water accessibility and sanitation—a problem that will be exacerbated in the future. To boost resilience, Sao Paulo has partnered with Sabesp, the largest water company in Brazil, to provide effective water delivery and sewage management to 43 slums in the city. The city is also improving the management of land-use by focusing on developing new green spaces and constructing effective flood defenses.

The city of London is an urban heat island. One of the city’s climate resilience goals has been to reduce how much heat is absorbed and re-emitted by new buildings. To do this, the city government has re-evaluated its building planning regulations with a new policy that requires new building developments that follows an energy hierarchy. This prioritizes energy efficiency through any new building’s design.

To keep buildings energy efficient and reduce the effects of contributing to the urban heat island, the Greater London Authority invests money to give developers access to consultancy support for implementing energy policies. This allows developers and businesses to invest in green roofs and other green infrastructure that helps manage heat without the use of air conditioning.

New York City has focused on building resilience against storms and flooding in recent years. The aftermath of Hurricane Sandy cost the city more than US$11 billion. To help protect the city’s economy in the future, the city government allocated US$293 million to businesses to help them improve their climate resilience. The city also developed a plan to increase the resilience of city buildings and infrastructure, ensuring that buildings were brought up to a tighter, climate-ready building code.

Why Resilience is Important

Despite the bleak climate change forecasts, it’s still possible for humans to turn the tide. However, doing so requires effort and investment from cities, governments, and private sector industries. Though it sounds like an unwanted expense, analysis shows that fighting climate change and investing in urban resilience will save cities money in the long run.

Proactive resilience and climate change-mitigating policies can help pave the way for a brighter, greener, and more economically sustainable future, while reactive policies further in the future will be detrimental to economies, entire cities, their citizens, and the planet in general. 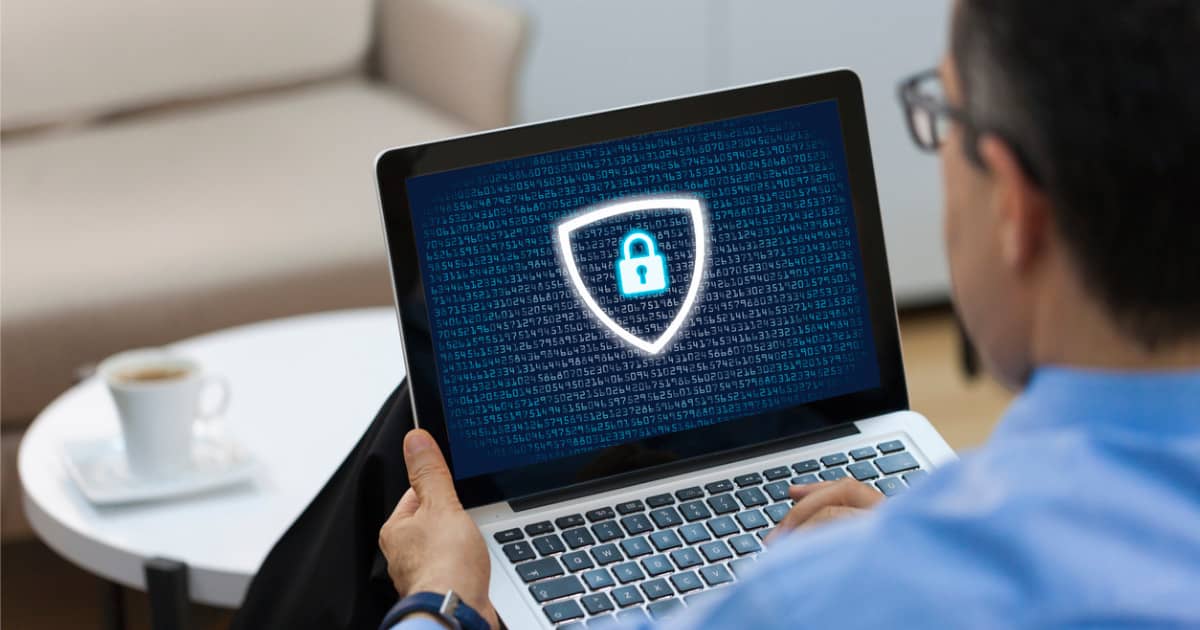 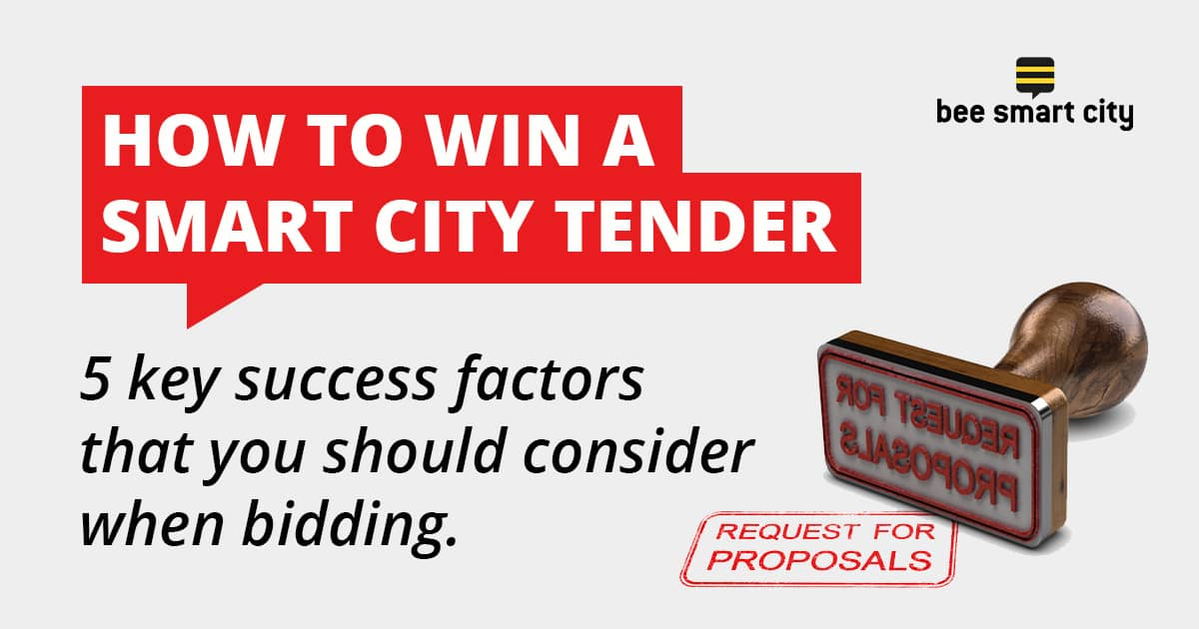 How to Win a Smart City Tender: 5 Key Success Factors