How The Urban Heat Island Effect Is Harming Our Cities

The current climate crisis is having a drastic effect on the planet. While it’s easy to place the blame on rapid deforestation and unsustainable industry, one of the largest contributors to the current climate change phenomenon is much closer to home: our cities.

According to estimates, our cities are responsible for around 70% of the world's CO2 emissions. This is largely down to greenhouse gas emissions from urban transport and industry, as well as impractical waste management, and harmful building practices. Despite being one of the biggest contributors to the global climate crisis, cities are also expected to be the biggest victims of it.

Urban life is estimated to be greatly impacted by climate change. Extreme weather events, catastrophic flooding from rising sea levels, drought, and the easy transmission of disease due to population density are very real threats to metropolitan areas. In fact, these predictions are no longer informed estimates. For many cities, they are already a reality.

Today, cities are battling a number of climate-related problems that are having devastating impacts on urban services, city infrastructure, employment, housing, and urban public health. One of the most pressing issues facing metropolitan areas is the Urban Heat Island Effect: a self-perpetuating problem with dangerous consequences.

What is AN Urban Heat Island?

The term “urban heat island” (UHI) is used to describe an urban area that is warmer than the rural areas that surround it. It describes local-scale temperature differences. To be considered an urban heat island, the increased temperature has to be significantly different. In the United States, the Environmental Protection Agency has noted that many cities have temperatures that are up to 5.6°C warmer than the surrounding areas - but a temperature increase of just one or two degrees is enough to make a noticeable impact.

The main cause of the UHI effect is urban development. Natural landscapes are made up of a variety of permeable surfaces, such as vegetation and soil surfaces. However, in cities, these surfaces are covered over by impervious materials such as bitumen and concrete. Unlike vegetation and other natural surfaces, modern building materials absorb heat rather than reflect it. This causes ambient temperatures to rise.

Other contributing factors include heat pockets between tall buildings, waste heat caused by industry and transport, and the self-perpetuating problem of air conditioners. As cities get hotter, citizens require greater air conditioning to continue functioning, which in turn produces waste heat that contributes to the problem. It’s a cyclical pattern.

ARE YOU A SOLUTION PROVIDER?

With our Solution Provider premium package you can easily grow your network, generate new leads and present your solutions to a global audience of smart city peers! bee smart city is your global smart city network and solution search engine.

Because of this, urban heat islands can also drive energy consumption, which in turn forces power plants to produce more greenhouse gases to meet the demand. Increased emissions can lower air quality, which could lead to a public health crisis. All of this sounds tenuous, but it’s a reality. One that will get worse as urban populations continue to swell.

At present, 50% of the world’s population lives in urban areas. By 2050, that percentage is expected to rise to 70%. Urban temperature increases are expected to accompany population increases, putting more citizens in danger from the negative health effects of extreme heat. These health issues can include exhaustion, heatstroke, and worse.

Those particularly vulnerable to heat-related problems include young children, older adults, outdoor workers, and low-income populations. In fact, nearly 8,000 heat-related deaths were recorded between 1979 and 2010 in the USA alone. These deaths peaked in 2006, which was the second hottest year recorded in the USA. As urban populations swell and temperatures rise further, those figures will grow along with them. 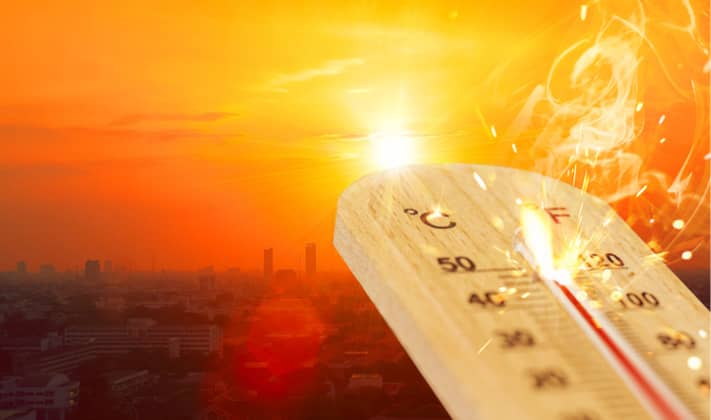 The Impacts of the Urban Heat Island Effect

When temperatures rise in the summer months, electricity demand can surge with it, and in extreme heat events, some city’s power grids become so overloaded that controlled blackouts and brownouts are required to keep cities functioning. Power disruptions can cause infrastructure to malfunction, putting public health and safety in jeopardy.

Increased air pollution is another symptom of the urban heat island effect. As we mentioned earlier, the cyclical nature of using electricity to reduce heat increases demand and causes more environmental damage in the long run. Power stations are required to work harder to meet the demand for electricity, resulting in further greenhouse gas emissions, which lowers air quality in cities and contributes towards smog which - you guessed it - increases urban temperatures by acting as a thermal layer.

Poor air quality can also cause breathing problems thanks to fine particulate matter, cause damaging acid rain, and accelerate ground-level ozone formation. Bad air can cause a variety of harmful problems for cities.

Air isn’t the only element under threat from urban heat islands. Rising temperatures in cities can also harm water quality. Impermeable surfaces that stretch across cities, such as roads and rooftops, absorb heat. When it rains, water that collects on these surfaces heats up as it drains into sewers. This warmer water then flows into natural bodies of water, upsetting the natural ecosystems.

Minor temperature changes caused by UHIs can have devastating impacts on aquatic life. It can accelerate the growth and reproduction of bacteria, algae, and other species, which in turn could prove stressful or even fatal to fish and other aquatic life. Unbalanced eco-systems can cause damaging effects to water quality.

Naturally, rising urban temperatures will cause increased levels of discomfort and premature deaths to citizens, but it will also take its toll on the animal populations within cities too. Some animal populations are more likely to struggle to find food, water, and shelter in hotter cities. Or there’s the other side of the coin, where some animal species may find cities more attractive than the wilderness where they belong, and turn into urban pests that carry disease and become a nuisance.

Barcelona is a prime example of a city suffering due to the urban island effect. Like many cities in southern Europe, Barcelona is expected to see temperatures rising up to 3.2 degrees Celsius over the next 30 years. Along with the urban temperature rise, the city is expected to experience up to 20 additional “hot” days a year from 2050 onward. A hot day is defined as a day with temperatures over 30 degrees Celsius. This will have severe impacts on the city.

While many of the city’s coastal districts are cooled by the sea in the daytime, the regulatory effect of the sea is reversed at night with coastal areas reporting higher temperatures. Even with the benefit of a sea breeze, Barcelona’s future looks difficult.

However, city-wide climate intervention strategies are being deployed to help keep the city cool. Notable projects include the development of Climate Shelters - a strategy that uses strategic building materials to create a cooler environment where green spaces aren’t possible - and the formulation of a forward-thinking climate action plan that focuses on cutting carbon emissions, smart development, building a climate economy.

Like Barcelona, other cities suffering from the effects of climate change will have to employ climate-resilience strategies today to ensure a brighter future tomorrow.

How Can Cities Manage THE URBAN Heat Island Effect?

Though cities are large contributors to the climate crisis, they are also an integral part of the solution. By reducing the impact that heat islands have on the environment, cities can help to combat the effect of climate change. Fortunately, the methods needed to tackle the urban heat island effect aren’t complicated. Here are some of the best practices.

The best way to formulate a strategy to help reduce the impact of UHI is to measure how heat is changing in a city. Cities suffering from UHI, such as Zurich, are using high precision data gathering tools to understand how temperature and weather changes are affecting urban areas.

Zurich, for example, is using the Meteoblue city climate monitoring system from Meteoblue AG. This system uses a vast network of affordable data-gathering infrastructure to measure and forecast urban climates. It can also create detailed maps and models and uses AI technology to cross-reference data with historical weather patterns to highlight dramatic and worrying changes.

In Zurich, the system discovered that heat days and heatwaves were becoming far more frequent in the city. As a result, urban planners have now made climatic adaptation a greater consideration when developing new areas of the city.

Green infrastructure can be used to reduce the effects of urban heat islands. Trees and vegetation can create shade, lower air temperatures, and reduce the area of a city’s footprint that absorbs heat. Vegetation can also cool stormwater, protecting waterways and wildlife in the process.

Adding parks is the most obvious way to do this, but planting trees and installing planter boxes and bioswales can also help in the fight against the heat.

Parks and green spaces are examples of smart urban planning, but in many cities space it at a premium, and allocating space for trees and vegetation isn’t easy. Instead, city developers need to be creative. Green or cool roofs are ways that smart building practices can help beat the heat. Green roofs naturally dissipate heat and reduce the amount of energy needed to cool buildings with air conditioning. A cool roof is another good option. A cool roof is built from certain materials (or coatings) that deflect heat rather than absorb it. These roofs keep buildings cool and lower energy demand.

Other smart ideas include using alternative building materials that reflect heat rather than absorb it. Light-colored and permeable materials can successfully reflect heat and remain cool. This can help cool the surrounding air, enhance water evaporation, and more. In fact, concrete and bitumen alternatives can have other positive effects too, such as reducing tire noise from traffic and improving night-time visibility.

Reduce the Need for Air Conditioning

In some cases, it may be possible to install AI-controlled smart thermometer technology in government buildings to maximize the efficiency of air conditioning while reducing its use at the same time. Smart thermostats are just one of many potential solutions to the damage being caused by air conditioners and the urban heat island effect.

In Conclusion: Beating the Heat

According to the UN, climate change is “the defining crisis of our time”. Rising sea levels, extreme weather, and rising temperatures are turning our cities into dangerous places to live. Skyrocketing populations exacerbate an already worrying situation. It sounds negative, but with careful planning and bold leadership, it’s possible for mankind to turn the tide. Simple practices deployed on a large scale can help reduce the heat in our cities, which will lead to a domino effect that improves our surrounding environments too.

To finish, here is a quote from UN Secretary-General António Guterres: “the climate emergency is a race we are losing, but it is a race we can win”. 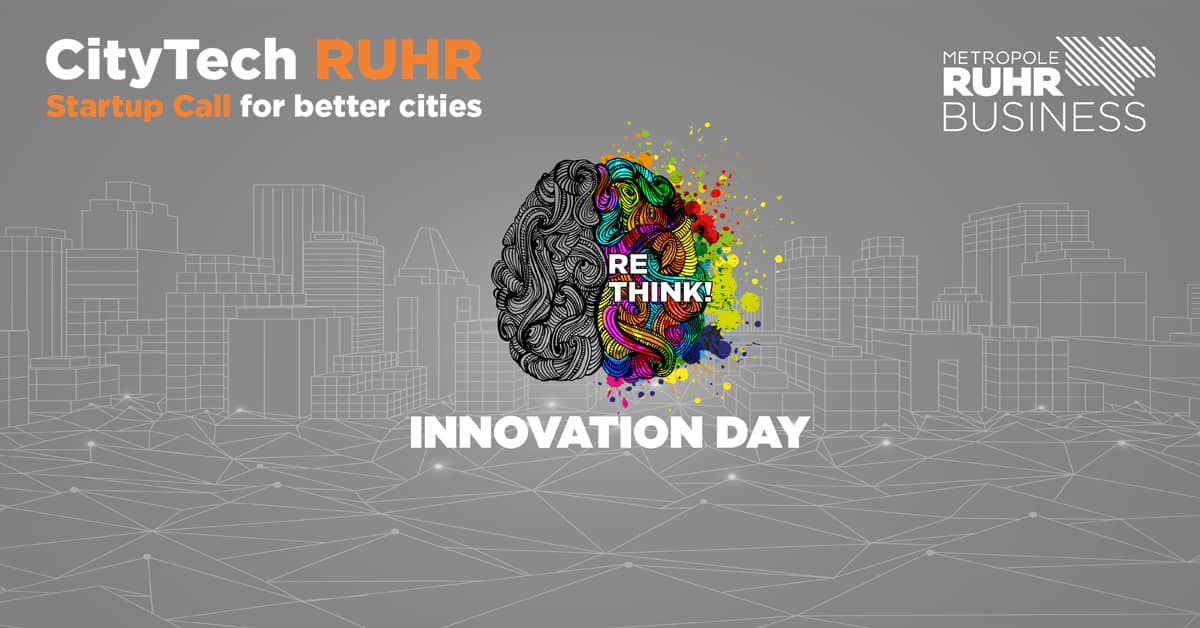 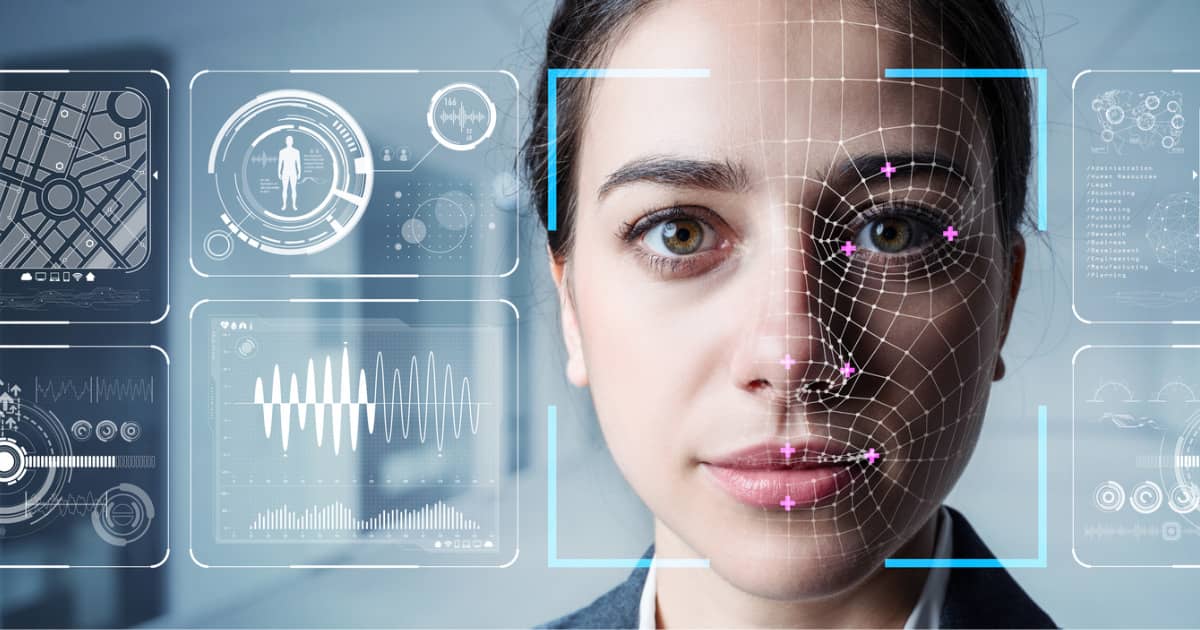 The Use of AI for Smart Urban Services in Smart Cities