“There’s a positive aspect of this horror,”  the deputy mayor of Paris, Jean-Louis Missika, told the Washington Post. “Never has the city been less polluted. Parisians have much appreciated it, and I think there will be strong changes in the behaviour of people, in terms of movement.” This is a sentiment shared by many leaders across the globe.

Despite the hardships caused by the spread of Covid-19, the current situation presents a unique opportunity. Now is an ideal time to revolutionize the way we live in urban environments.

It’s a quiet revolution that has already begun.

Paris is one of many cities around the globe reporting huge reductions in car usage. With a growing reluctance to use public transport, citizens are turning to other smart mobility methods. Some commuters walk where possible. Others are making the most of e-scooters. However, the vast majority of city-residents are using bicycles as their primary mode of transport.

In the space of a few weeks, major cities all over the world have transformed from car-focused hubs into bicycle-friendly spaces. Almost overnight, miles and miles of pop-up bike lanes have appeared. And people are using them.

With lockdown measures in place, many cities have reported a massive drop in car usage. Reliance on public transport has also dipped as commuters search for crowd-free alternatives. Adding more cycling infrastructure was a logical step for most city governments. But will cycling become the new norm even after lockdown measures lift?

There is a risk that car usage may surge when things return to normal and commuters return to old habits. However, with improved cycle routes, incentive schemes, and a dramatic rise in air quality, many citizens may decide to stay on two-wheels for good. This is exactly what Parisian Mayor Anne Hidalgo is hoping for.

Working alongside other European leaders, Hidalgo plans to capitalize on the current situation to reinforce greener policies. Her plans for Paris have a particular focus on urban mobility. Using this unique opportunity, Hidalgo believes that now is the time to cultivate more sustainable urban mobility habits.

More than 20 miles of pop-up bike lanes have appeared in Paris, and many main artery roads have been earmarked for non-car traffic only. A further 30 miles of new bicycle infrastructure has been proposed, with even more to follow. The government has also offered incentives to encourage more citizens to cycle. One of the most popular is a €50 grant for citizens to have their bicycles serviced and repaired.

The positive health benefits of limiting car traffic into the city centre are undeniable. Poor air quality has been linked to a myriad of deadly respiratory problems such as asthma. More recently, studies confirmed a correlation between Covid-19 deaths and poor air quality. A Harvard study concluded that increased pollution levels could raise the chances of Covid-19 fatalities by as much as 15%.

A return to car-dominated transit solutions would make little sense for Parisians anyway. Studies have highlighted that the average distance undertaken by a car in Paris was 2.5 miles in length. Cycling advocates noted that this was a reasonable cycling distance for most citizens. Others explained that using a car for short distances was a contributing factor to the city’s traffic congestion and air pollution problems.

Berlin is another city taking advantage of the situation to develop cycling infrastructure. Pop-up bike lanes have encouraged more Berliners into cycling than ever before. In a short time, over 14 miles of new bike lanes have appeared.

Usually, the creation of new bike infrastructure can take years to put in place in Germany. Cycling advocates would usually face mountains of bureaucracy before a new lane could be designed and implemented. Due to increased demand and a need for transport solutions, the crisis has led to speedy cycle-lane development. According to Berlin city officials, most of these temporary measures will be here to stay. As only 43% of Berliners own a car, and car ownership is trending on a downward spiral, new transport solutions are necessary for the city.

Improved cycling infrastructure will help to ease the growing demand for public transportation. Paris and Berlin are just two examples of the growing pro-cycling movement. Milan has also unveiled a plan to repurpose 22 miles of road for improved cycling and pedestrian use. Brussels has plans to roll out 25 miles of bike lanes, transformed from car lanes.

Northeastern University's Sara Jensen Carr believes that crisis can trigger positive change. In an interview with phys.org, she explained: “Any crisis is a catalyst for change. What we're going through right now is really interesting.” In her book, The Topography of Wellness: Health and the American Urban Landscape, Carr explains how pandemics have shaped urban planning throughout history.

Outbreaks of cholera and tuberculosis in the United States led to the creation of Boston’s “Emerald Necklace” and New York’s famous Central Park. At the time, doctors believed that respite from bad air could keep these diseases at bay. As a result, public green spaces began appearing in urban areas.

Though Covid-19 presents different challenges for city governments, it also presents an opportunity for change. These changes could well extend beyond the addition of simple bicycle infrastructure.

The Rise Of The 15-Minute City

Anne Hidalgo’s ambitious plans to transform Paris aren’t new. During her tenure as the Mayor of Paris, Hidalgo has worked hard to reclaim areas for pedestrians. By reducing the use of cars and championing the use of bicycles, Paris has evolved into a more sustainable city.

In February 2020, before Covid-19 was classed as a pandemic by the WHO, Hidalgo announced plans to turn Paris into a “15-minute city” as part of her re-election strategy.

The idea behind a 15-minute city is simple. Urban residents should be able to have their living requirements met within a walkable 15-minute radius of their home. These amenities include workplaces, shopping areas, health facilities, and cultural hubs. All within a walkable distance of each other.

One of Hidalgo’s leading advisers, Carlos Moreno, explained the daring plan to France’s Liberation newspaper: “There are six things that make an urbanite happy. Dwelling in dignity, working in proper conditions, [being able to gain] provisions, well-being, education and leisure. To improve quality of life, you need to reduce the access radius for these functions.”

By introducing a new communal-approach to urban development, Hidalgo hopes to inspire a new wave of urban planning. Previously, city planners worked hard to keep residential, commercial, and industrial zones separated. Now that most industry has moved away from city centres, the need for a separation is no longer required. Despite the change, car-focused infrastructure remains. This has forced urban dwellers to use cars for shopping trips, and travel long distances to get to work. A 15-minute city would reduce public transport dependency and the need for car ownership.

The idea isn’t a fantasy.

Similar projects have already established themselves in major cities across the globe. To reduce the city’s carbon footprint, the government of Portland, Oregon, is planning to make 90% of the city into 20-minute neighbourhoods. Melbourne, Australia piloted a similar scheme in 2018, with very positive results. The most successful implementation to date is Barcelona’s superblocks scheme.

Barcelona’s superblock scheme takes city blocks and prioritizes the pedestrian experience. By reducing car traffic and space allocated to car-parking within a nine-block area, space has been reclaimed for residents. The addition of street furniture, playgrounds, and cycling lanes has brought communities together.

Rebuilding communities is at the heart of the superblock scheme. This approach allows neighbours to connect with each other, and support each other where they can. At the beginning of the Covid-19 pandemic, it became obvious that many citizens of the world’s largest cities lived isolated from their neighbours. However, the crisis has brought communities together. It has highlighted the value of knowing one’s neighbours, and learning to support one another. Barcelona’s superblocks are a prime example of how a community can flourish when given the space and the means to.

The superblock is not without its critics. For example, greener infrastructure often leads to gentrification. Rising property prices can force out the citizens that the scheme was designed to serve. Potential superblock emulators must take care to prevent citizens from being priced out of the market.

Overall, the idea of a 15-minute city has been received positively by residents.

Barren wastelands and gas masks are common tropes found in post-apocalyptic movies. Fortunately, they’re not accurate representations of our post-pandemic future. In fact, there’s every reason to believe that our futures could look brighter than ever.

By swapping cars for bicycles, car parks for playgrounds, and wide roads for safer bike lanes, our cities could experience a revolution. A revolution that could catapult them into a greener, safer, and more sustainable future. Urban planners are at a unique crossroads, with a rare opportunity to enact drastic but positive change.

These changes may not come in the form of idealistic superblocks, but there will be a definite focus on reducing the need for cars in city centres. With more cycle-lanes than ever before, a wider choice of urban transport options, and more investment into walkable infrastructure, the 15-minute city is a workable solution to a very real problem. Now, it’s up to you to decide whether you walk through the city, or cycle it.

Join the global bee smart city solution network and check out best practice mobility solutions. The free solution platform features hundreds of solutions that have been implemented in cities and communities across the globe. Join thousands of members and contribute today! 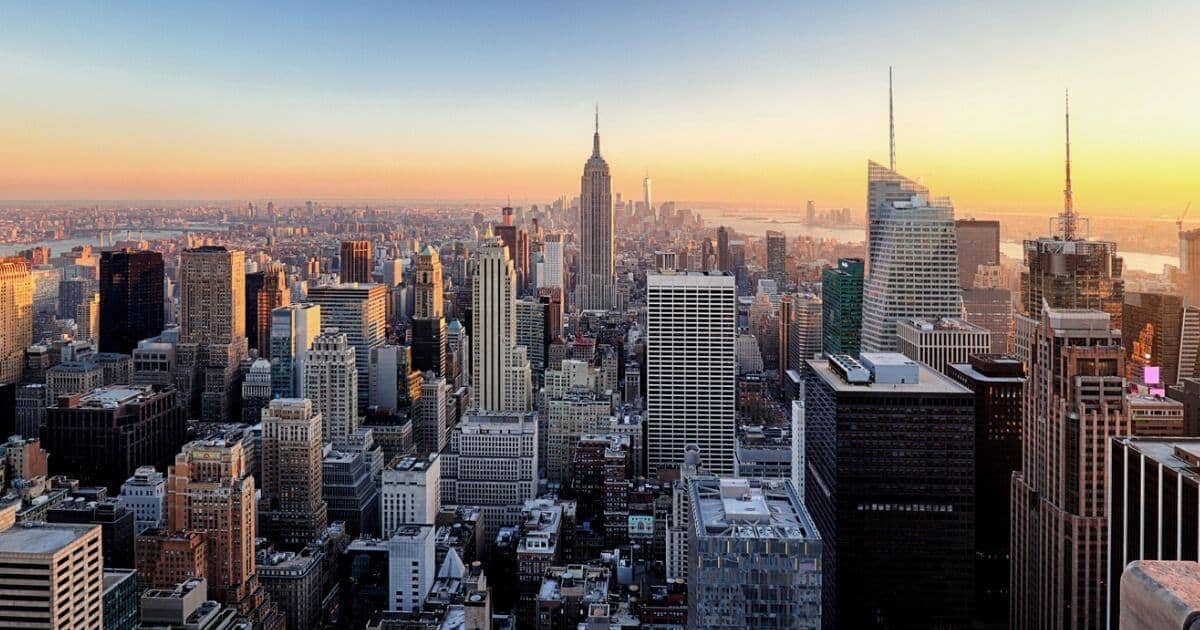 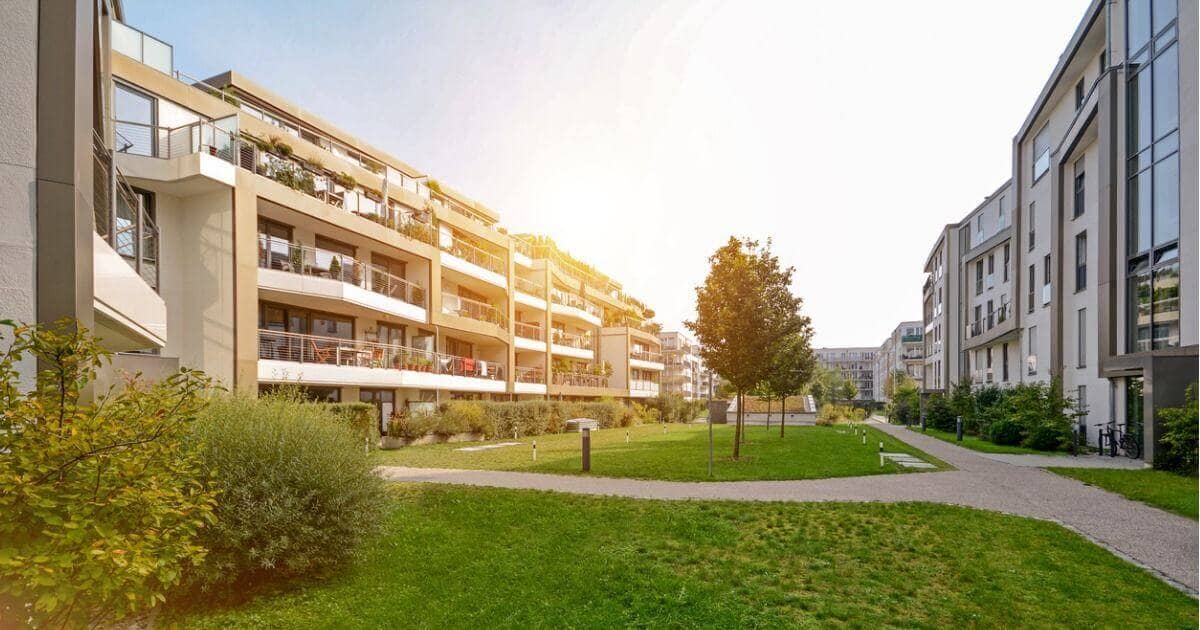